My Favorite Tumblr Of This Week:

Jen Kirkman's MA'AM: Men Against Assholes & Misogyny is such a brilliant addition to the world. Thank you, Ms Kirkman. And thank you to the men that have already added their statements to it. I spent most of last night going through them on tumblr and having my faith in humanity restored by each one.

Kirkman created the tumblr around the same time she decided to quit Twitter- finally fed up with how her male colleagues (Kirkman is a great comedian- a field super dominated by men but also by people of all walks of life that are the masters of comebacks) would direct message her with sympathy about the amount of misogynist and hateful tweets she received from men but would not take a public stand against the other men. So, she decided to leave twitter until things had changed enough that men would see that if they don't like the way other men treat women then they have to say something as well.

Equality needs to be fought for on all sides.

Think of it as bullying. The best bullying prevention overviews for schools these days bring in the role of "the by-stander" that witnesses an inappropriate interaction between two other students. It's not enough to teach kids to be nice to each other and to tell adults if someone is not being nice to you. You also have to know that when you're the by-stander in a bullying situation that you need to either step in and stop the interaction or be the one to go get a teacher.

This is bully prevention for adults. You can't "go get a teacher" in the adult world. But, you can stand up for those that you see getting bullied. Be it for gender, race, sexuality, or so on... don't just turn a blind eye anymore.

One of my absolute favorite movies is Bill Wilder's The Apartment. In the movie, Jack Lemmon's character learns the hard way to, as his neighbor puts it, "Be a mensch".  Standing up and being a man. The character was always a really nice guy- but he almost loses someone dear to him because he didn't take a stand when he was the by-standing third party in a sucky situation.

So, dudes of the world, are you ready to be men and take your role in shutting down bigotry and mistreatment when you're a by-stander to it? And will you declare it on MA'AM? 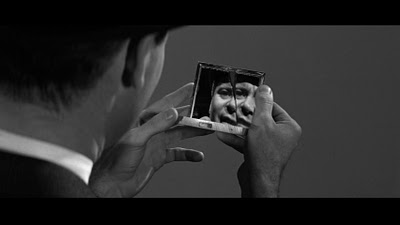 Email ThisBlogThis!Share to TwitterShare to FacebookShare to Pinterest
Labels: be a man, Be a Mensch, bully prevention, by-stander, Jack Lemmon, Jen Kirkman, MA'AM, men against assholes and misogyny, The Apartment