Back To Who: Day of the Doctor Tiny Error I Can't Ignore

I just rewatched The Day of the Doctor for the first time in several weeks and for the first time after having a major nostalgia trip back to the Tennant era (which included finding copies of Doctor Who Confidential and some of the podcast commentaries- damn, that era was good to fans!).

While there are definitely big giant plot holes in the actual plot of the special, there was one little mistake that keeps bugging the hell out of me: 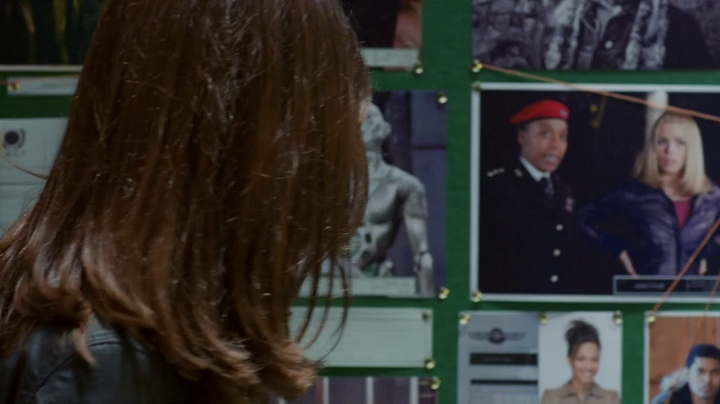 That picture of Rose is from Turn Left. It takes place in an alternate timeline and therefore didn't really happen in this U.N.I.T.'s reality.

Email ThisBlogThis!Share to TwitterShare to FacebookShare to Pinterest
Labels: Billie Piper, day of the doctor, Doctor Who, Rose Tyler