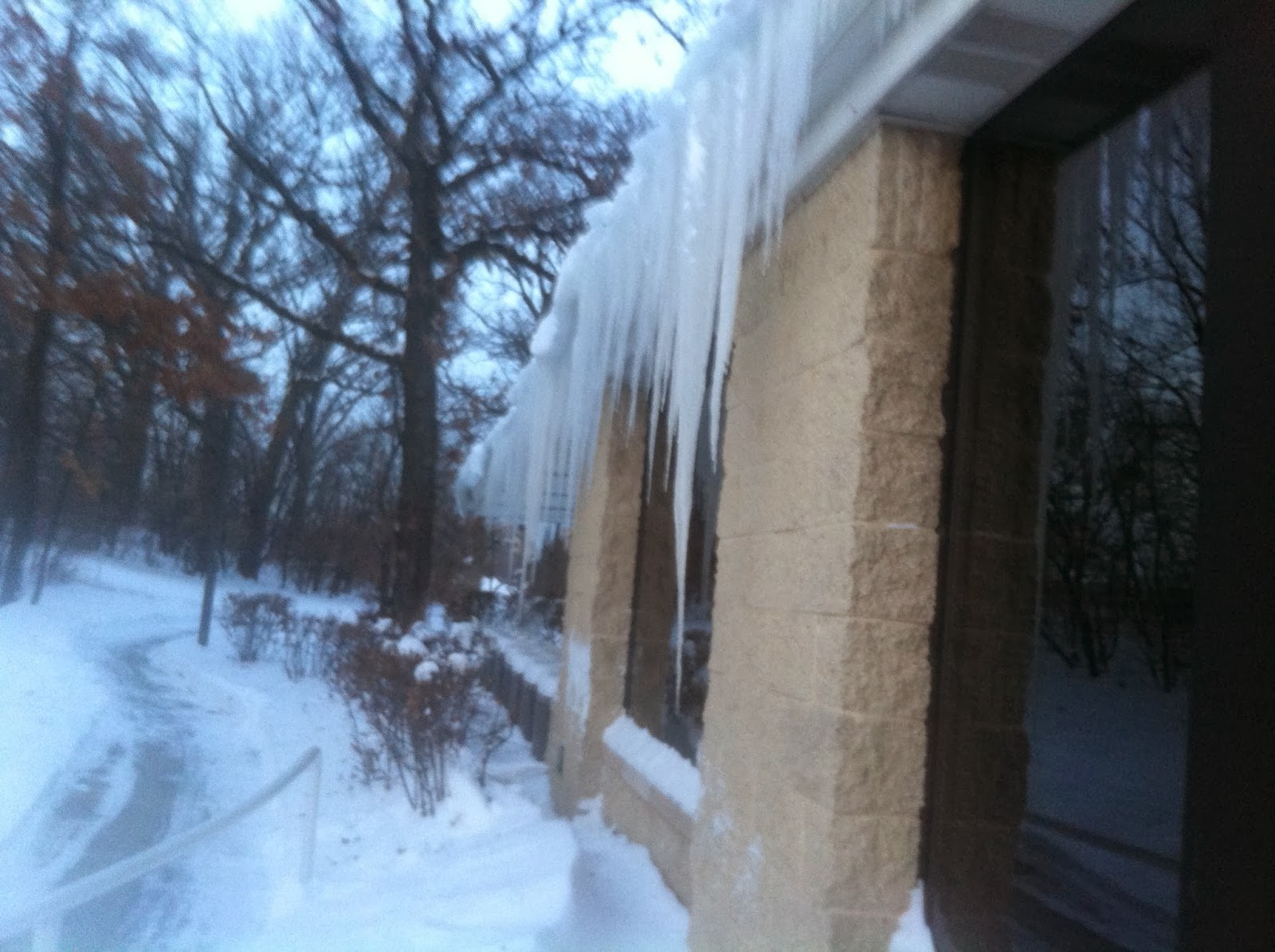 As is typical in the Chicagoland area, after our 12+ inch dump and -40F windchill lows, we're expecting to reach 40F as the high tomorrow. The upside is that everything possibly froze so much that we won't have massive flooding like we did when a similar large-snow-followed-by-sudden-warm-up back in November.

But there are still issues. Like these ridiculous icicles that are everywhere this week. I had the pleasure of having a leak in the ceiling above my cubicle this week, leading to panic about all the computers I'm constantly working on possibly being destroyed at any time by future other ceiling leaks.

And, while I'll be happy to see the snow and ice go, I realized last night that most of the snow everywhere is still pure white and undisturbed. As it was too cold for people to be out in it as much as usual- fewer children playing in the snow, fewer cars out (still) to turn the snow on the sides of the road a coal-like black. And just being so cold that the snow doesn't seem to be picking up as much dirt as it usually would. It's a shame to lose such pretty snow.