A League of Her Own

News broke today of the passing of Pepper Paire-Davis, the real-life All American Girls Professional Baseball League catcher that was the inspiration for Dottie in A League of Their Own.


I highly recommend spending some time on www.aagpbl.org and reading through the team and player profiles. I'm pretty much in love with ever nickname recorded for the players.

Also, I had no idea she had written a book! Dirt in the Skirt by Pepper Paire-Davis is available as an ebook for $3.99- the paperback looks to be out of print. Thank goodness for technology making it so this isn't lost forever. 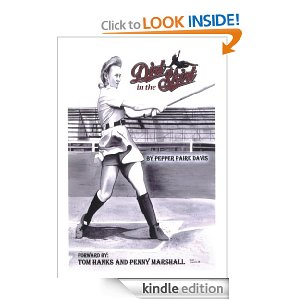 (Side note: Two sports related posts in two days? Wha? Do I have a brain slug?)
Posted by Lamb at 4:04 PM

Email ThisBlogThis!Share to TwitterShare to FacebookShare to Pinterest
Labels: A League of Their Own, AAGPBL, awesome lady, baseball, Pepper Paire, there's no crying in baseball