Star Wars: An Old Hope (Or HOW HAS MY MOTHER NEVER SEEN STAR WARS?!)


A woman that has lived in a house with a modem for 20 years but is only now, after three months of having an iPad, almost on the verge of figuring out what a browser is (Congrats, Mom! You're almost caught up to this century!). But she still gets all her news from the Chicago Tribune in actual paper format and therefore is oblivious to the thousands of people blinding guessing in the dark about what the future of the brand might be like. Mostly because she's that one person that has never seen any of the movies.

The other day I was doing laundry at her house (because why pay $3.00 to use my building's machines when I can save up a month's of laundry until whenever I end up 20 miles away from anywhere and with three hours to kill? I may just be afraid of the laundry room in my building.) and my mother mentioned that she and my father had been invited to a Star Wars party being thrown by a friend of theirs.

"And you're going?" I asked, wasting precious energy by raising my right eyebrow as I spoke.

"Why not? It sounds fun! There's going to be light swords and costumes and games and..." My mother trailed off.

I looked to my father, only to see that he was falling asleep in his recliner, and back at my mother.

"Does that mean you're going to finally see any of the Star Wars movies?"

"Maybe..." She shrugged, then mentioned that the friend hosting the party had talked about how someone was coming as some princess that wasn't Princess Leia. "Did they kill off Princess Leia? I thought she was the only princess!" 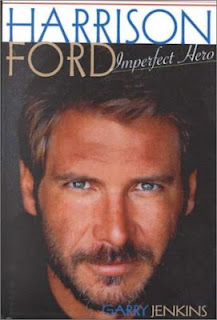 I'm 70% sure that my mother only knows of the name "Princess Leia" because of how she keeps up on topics relating to mental health and Carrie Fisher pops up a lot with that stuff. But that's the extent of her pop culture osmosis when it comes to Star Wars.

It was only a handful of years ago when I found out that my mother had somehow managed to never see a single Star Wars movie. It was a life defining moment for me. It really messed with my perspective on life. This woman that I called my mother... had never seen ANY of the Star Wars movies? How was that possible? The most popular movies of the past 40 years! Did she have some sleeper agent programming that caused her brain to shut down the moment she saw scrolling text on a starry background? Some sort of seizure condition that happened from the light saber effects that would cause her to just black out?

So, most days, I just choose to not remember that odd revelation. I live in denial that my mother has this weird gaping hole in her life where three very popular and enjoyable movies should be.

I can understand, time-wise, not seeing Empire or Jedi, as she had young kids by the time those came out in theaters. But when the first movie came out, my parents were married, had a double income, and were without kids. Why didn't she see it then? She's seen American Graffiti! Why not Star Wars? Wasn't it in theaters for, like, nine million weeks?

And I say all this while NOT being a gigantic uber fangirl for the movies! Yes, I am a fan but I can't even begin to have major fangirl cred for Star Wars.

What I can say is the following:
Where I fail:
So, anyway, you see where I'm coming from? It's not that I'm bothered by how she hasn't seen them- I just don't understand HOW SHE HAS NEVER SEEN THEM. 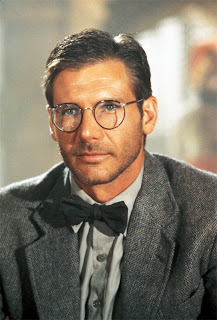 I do kind of want to be there when she finally watches one of them all the way through, though. See what sort of response she has. I'm guessing it will be a response that involves her falling asleep.

I highly doubt she'll want to watch the whole trilogy, but she might like the first one enough to stay awake- as it's the closest to playing out like an adventure serial from the olden days and has a little bit of everything for everyone and, well... Harrison Ford.
Posted by Lamb at 11:10 PM