Have Yourself A Very Specific Type of Christmas Movie...

Are you looking for Christmas movies to put you in a specific mood? Here are my top five choices: 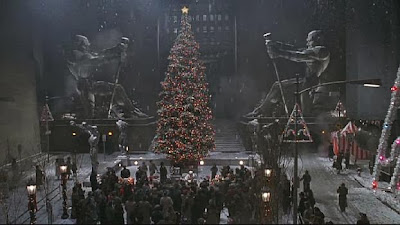 Not the Tim Burton movie most people will recommend for Christmas, but people tend to forget that Burton had a bit of an obsession with the holiday leading up to Nightmare Before Christmas, as both Batman Returns and Edward Scissorhands take place around Christmas time. I just love the tone that the holiday adds to the story for Batman Returns. An extra layer of beauty and tragedy via fresh white snow as a canvas for dead bodies and chaos to fall on. Plus, the great touch of that 1940s-era design that the two Burton-directed movies (as well as the Bruce Timm cartoon) had just adds to the classic Christmas vibe of it. The movie sometimes looks and feels like it could take place in the same universe as a Fred Astaire movie. 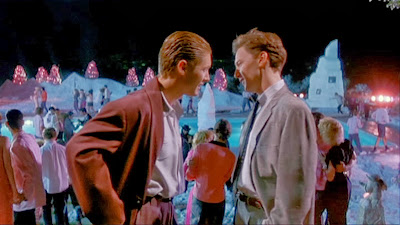 Just as Batman Returns mixes 1940s nostalgia with Christmas imagery, Less Than Zero slaps you in the face with the 80s and puts an obnoxious stark cold 1980s L.A. vibe all over Christmas and New Year's. Add in all the ridiculous opulence and the painful scenes of Robert Downey Jr's character being kicked out of his father's home just in time for Christmas... and you have a great movie to watch to appreciate what you have. 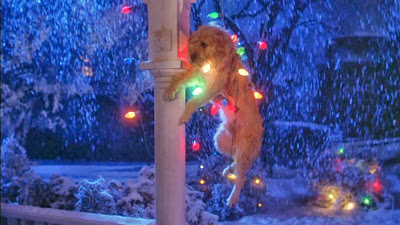 No music score says "Christmas" to me quite like that of Gremlins. It takes the idea of a Christmas movie set in a small town and turns it into a monster movie set in a small town. With a sing-along! And as someone who has worked a fair share of Christmas Eve's, I always appreciate Phoebe Cates's scene of serving drunk and crazy gremlins at the bar (while also always asking...why would you keep serving them?!). But I feel that Gremlins gets that "why am I supposed to be happy just because it's Christmas even though crappy things are happening?" mood perfectly.

4. Ruined Christmas in Chicago: While You Were Sleeping 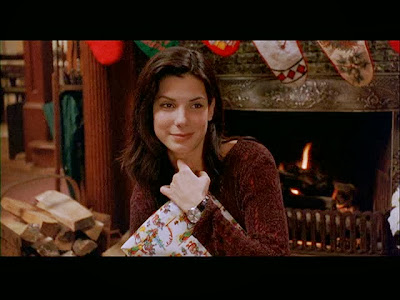 Okay, here's a nice one that I like for the specific 1990s Chicago-flavored Christmas setting (yes, I'm picking this over any John Hughes Christmas movies). In the grand scheme of the Sandra Bullock oevre, I imagine that While You Were Sleeping falls more on the All About Steve side of things in the long run, because it's very odd when you rewatch it. It really goes the distance while trying to convince you and Bullock's Lucy that it's very important that she continue to pretend to be Peter's fiance. And while I can't say that the movie does a "good" job of making it seem like a good idea, it puts more effort into the issue than a rom-com from the 2000s ever would. It actually reminds me a lot of rom-com plots from the 30s and 40s- like Bachelor Mother, starring Ginger Rogers and David Nevin, which also takes place around Christmas. But While You Were Sleeping is a little less disturbing (I could write a dissertation on Bachelor Mother, but that is for another post...).

5. People Are Insane Yet Apathetic During The Holidays: Brazil 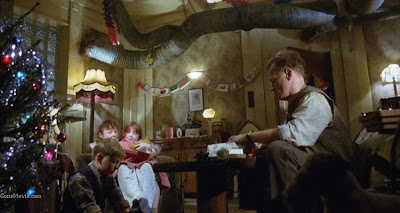 Two of my three favorite movies take place at Christmas, so it was tough to make a call on which one should be on this list. But I choose Brazil because it's a lot less well-known compared to The Apartment. And really nails the mania that seems to take over people as Christmas gets closer and closer and how life just gets kind of weird for a couple weeks. My favorite thing might be the pointless "executive" gifts that Sam keeps encountering. But then there's just how you can be told "Happy Christmas" and "You're going to die" in the same breath in the world of Brazil. With the same amount of apathy.
Posted by Lamb at 12:13 PM

Email ThisBlogThis!Share to TwitterShare to FacebookShare to Pinterest
Labels: batman, brazil, can santa bring me a lack of debt for Christmas?, Christmas, gremlins, humbug, less than zero, while you were sleeping