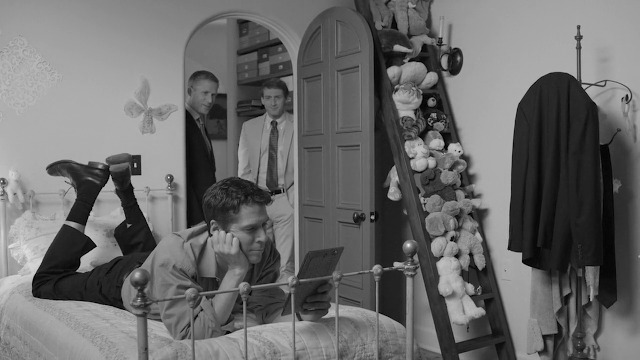 I finally got to see Joss Whedon's Much Ado About Nothing. I give it a solid B+.

It's difficult for me to not being hyper-critical when one of my favorite creators is tackling my favorite Shakespearean play. Especially when I've both read it and seen other versions so many times.

For one, it's just difficult to judge due to this version being about an hour shorter than the original is intended. The reason I adore the play so much is that it's so playful and witty with language. That is also one of the things that I love about Whedon. But so much gets cut to make it a reasonable length for a film, that it's a shame.

It has been pointed out that this version is one of the best film versions for being able to understand what the hell the characters are saying. And that is very true. But it still struggles at some points and some of the actors seem to still be unsure of what they're saying, but it's not nearly as bad as most Shakespeare adaptations.

It also deserves props for actually taking advantage of the film medium and showing some backstory about Benedick and Beatrice, rather than leaving it all to Beatrice's speech about their past. One of my favorite things about watching Much Ado adaptations is watching it and going, "Okay, what does this version think happened between Benedick and Beatrice in the past?"

Also, Whedon does his thing of giving familiar actors new role types that they don't usually end up in. Fran Kranz as Claudio? AMAZING! Reed Diamond as a nice person? Refreshing! Sean Maher as Don John? Fantastic! Not to mention the genius twist of having a woman, Rikki Lindehome of Garfunkel & Oates no less, as Conrade- adding a new dimension to Don John's scenes and making it impossible to confuse Conrade and Borachio.

And, finally, there's also the fact that this was all done in a matter of twelve days. Not a lot of pre-production could be put into things and it's impressively slick, considering.

However... Whedon still couldn't make Acts 4 and 5 of the play make sense in a modern context, as it ruins the character of Claudio and then pretends that he did nothing wrong. While this ending is fine in a pre-women's rights world where Hero really would have little choice other than the ridiculous solution her father cooks up. But, in a modern context? Why would anyone- especially Hero- be okay with that ending after what Claudio does? And Beatrice finds herself torn between sorrow for Hero and joy for proclaimed love from Benedick- which causes a mixture of drama and comedy back-to-back that is difficult to find balance between while keeping the characters grounded.  The resolution seems even weirder in the more understated and realistic version of the story being presented in this version. Whedon chose to leave it as basic and true to the original as possible with little-to-none subtext, which left it... bizarre and kind of flat.

I think it was a bold choice but ultimately fell short. That ending really has to play like a Blake Edwards scene or a sit-com final act to work usually.

It doesn't help that the most recent production that I saw a couple years before this film was the Catherine Tate and David Tennant stage production. In which so many gags and reactions were inserted between the text that you just end up believing that the characters are crazy, that Benedick and Beatrice are treating their relationship almost like a dare, and that it's all okay.