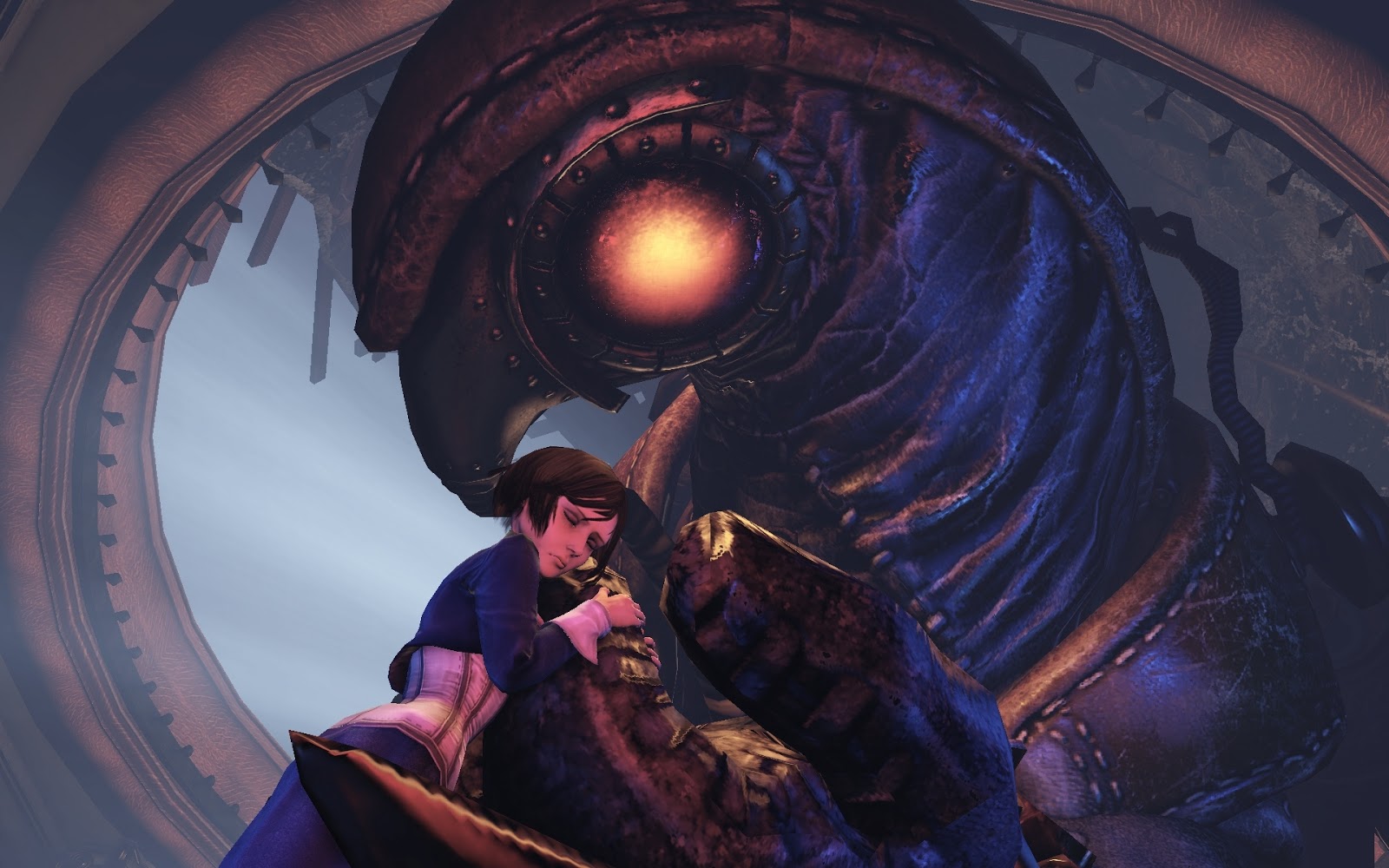 As a follow up to my previous Bioshock Infinite post, I just want to include a few links for people that talk more (or at least more articulately) about their feelings about the game at large.

I also feel I need to weigh in more on the violence issue. As I mentioned, the violence was difficult for me to sit through but I didn't mean that as much of a criticism. For the most part, I feel like the violence was necessary for making a point. Especially as a counterpoint to how beautiful and utopian Columbia can seem on the surface. It's even impressive that when the violence does start up, it's in the beautiful golden soft sunlight daytime- and suddenly there's blood all over the pristine world. It wasn't violent for amusement or entertainment- it was violence that was meant to be difficult. You're supposed to feel like you have blood on your hands, as Booker DeWitt started the game with a muddy history that he wasn't so fond of.

But that doesn't make it much easier to deal with. And I do say "for the most part" because, as a viewer and not a player, some of those battles went on way too long.

1) The Indoor Kids podcast. They did a super spoiler-y episode for Bioshock Infinite (also contains a major spoiler for the film Oldboy without warning, so watch out!) that I've now listened to half a dozen times. Also, you should just listen to this podcast every week. It's one of my favorites.

They mentioned the game several times leading up to this episode (not wanting to do a full-on spoiler episode until they had finished playing) and I especially like it when Emily brings up the fact that there are some really horrific things said by characters in the game and she couldn't help but think about how some voice actor had to bring themselves to say that. I always wonder about how actors feel about when they have to portray characters that do or say terrible things.

2) Another podcast, but a bit less expected: Things You Missed in History Class, part of HowStuffWorks, did a two-parter on the Loving v Virginia case (which is worth listening to anyway). At the end of the episode, the hosts answered letters from listeners and Bioshock Infinite and the issue of "portrayal of racism versus endorsement of racism" was touched on.

3) Check out the review of the game (on XBOX 360) at The Buzz Media. It's a nice fully laid out breakdown of the game without spoiling it for anyone that still hasn't played it.