Yeah. I gave up on talking about the show. I should of liked "Listen" and "Time Heist" but... nope. It was all downhill from there until I finally hit a blissful spot of "don't care".

I felt a little like when I started watching Stargate SG-1 because cast members from Farscape had joined it. Stargate wasn't a bad show. In fact, I had enjoyed it in the past. But it was so dry and hard compared to the emotionally-driven and messy (and canceled) Farscape. And it was also in its own steady wind-down with fleeing castmembers and ideas running out. There wasn't as much heart in it as classic Stargate and nowhere near what I came from as a Farscape fan.

And I literally almost typed "ideas" and "eyedeas". No clue why.

I can't put a finger on what is actually going wrong with Doctor Who (well, story-telling wise), just that I'm not enjoying it the way I enjoy the hell out of "Partners in Crime" every time I watch it. I like Clara and I like Capaldi... but they seem to be in different shows.

And Twelve is so fucking difficult to get a read on. I just... I think I like him as a Doctor? But I feel like I still don't have much of a clue as to who he is as the Doctor after 12 episodes. Like, I keep wanting to compare him to Gregory House- also a grumpy doctor that was an unlikable character yet the audience wanted to keep watching him. You have to give the audience something to connect to the character with or else there's no way to emotionally invest. This was also my problem with Eleven- who started off as a collection of ticks and by the end of his first series, I wasn't sure if I knew who the hell he was other than that collection of ticks and hats. By the end of Eleven's run, I finally got comfortable with the character, but it should not have taken that long.

Twelve has swept the ticks and hats out of the way, but he's also swept his relationship with his companion out of the way. He sits in the TARDIS and ponders episode concepts on his own until it's time to pull Clara out of her rom-com with Danny and into a sci-fi plot. What the hell? Couldn't he at least be in a bar or a Stars Hollow town meeting watching differing opinions interact with each other when he's pondering these concepts? Give him some business other than sitting on the TARDIS with a blackboard.

And don't get me started with Cyberman rain and poor Danny.
Posted by Lamb at 12:52 PM No comments:

So... Robot of Sherwood

Peter Capaldi, I think you're great. I will never stop telling people to watch Children of Earth because you rip out my heart and stomp on it beautifully every time I work up the courage to watch it again.  And you've got a great physicality happening that's so smooth and sexy after Matt Smith's gawky flapping about.

Mark Gatiss, you know I love you, right? Some of my all-time favorite commentaries are commentaries including you, sir. And I really loved how you looked like you wanted to punch Chris Hardwick (who I also love, but...you know) during the premiere after-show episode because you are so much more a Whovian than anyone else on that stage ever was. You're probably second only to Nick Briggs on actual Who knowledge.

Ben Miller, I was so happy to see you. I'm so happy every time you show up in something. I'm so happy about you being in What We Did On Our Holiday later this month. How have you not been on this show before? How much did you seem to be enjoying yourself?

Jenna Coleman, you know you're awesome. You can do anything and pull off any outfit. You are the living breath of this show and bring a necessary spunky attitude.


That said... gah, what a boring episode of television. I'm already tired of these stupid droids. Also, while I really do love Capaldi... Twelve is too cranky. He is an unlikable level of cranky. Which is stupid writing. You don't make people not like the Doctor! That makes the show not be fun to watch! You can keep him cranky, but he has to be a likable cranky. Hugh Laurie did it for years.

Email ThisBlogThis!Share to TwitterShare to FacebookShare to Pinterest
Labels: Doctor Who, I'm too tired to add this to the Doctor Who master page at the moment., jenna coleman, Jenna-Louise Coleman, mark gatiss, Peter Capaldi, So... Doctor Who, twelfth doctor

I don't really want to put these new episodes in my Back to Who category. But it would be tidy to do so, wouldn't it?

Plot: I liked it better when the episode was called Dalek and featured the 9th Doctor. Also, this episode might feature the stupidest thing the Doctor has ever done.

Final Note: When the dalek said "resistance is futile", I suddenly really got my hopes up that soon the dalek would say "Love soft as an easy chair. Love fresh as the morning air" and it would be revealed that he didn't see some star being created but he saw the 1970s version of A Star Is Born, followed by some TV shows, and THAT is what changed him.
Posted by Lamb at 2:13 PM No comments:

How I Spent My Summer: A Recap With Gifs

Or let's recap all the posts I would've posted this summer yet let just become drafts:

1) I saw X-Men: Days of Future Past and while I didn't hate it, I had ISSUES with it. Mainly: wouldn't it have made more sense to have Professor X be the one going into Wolverine's mind? Rather than bringing him back from the dead just to hang out and chat while things went to hell? I hated all the future stuff as it had no real tension from the moment it was revealed that there were time travel shenanigans happening and un-dead-ing people. And I feel like the 70s plot could've been better. Quicksilver was great, though, which I was not expecting.

2) Girl Meets World started airing! It's... a Disney show. At times, it's quite terrible. Other times, it's adorable. The child actors are at least better than Miley Cyrus. Their clothes are ridiculous. The boy is definitely not a 13-year-old. And I get distracted by the West Elm pillows in the Matthews family's apartment.


3) I started a thesis on my love of time travel. I stalled after reaching the part where I went "TIME TRAVEL IS THE BEST".


4) I went to Comic-Con! I could have a gazillion posts on this. I may still do that. The gist of it, though: not that many actual geeky moments. A lot of waiting in line. A lot of feeling ill. I literally laid down on the ground and closed my eyes while in line for Hall H at one point and told my friends to poke me if the line started to move.

5) I went to Tucson surrounding going to Comic-Con. I miss Tucson. Why am I not currently in Tucson?

6) I became an independent consultant for Jamberry Nails. Because I like to hide my gross nails behind pretty wraps, I can't paint my nails to save my life, and nail polish comes off my fingers if I look at it wrong. Buy from me at lambjams.jamberrynails.net


(not a Jamberry product)

7) I had a work retreat. I got 20+ mosquito bites. My greatest accomplishments from the work retreat: 1. A full-page doodle that I worked on for all three days while looking like I was taking notes 2. selling lots of Jamberry to co-workers after they've had drinks 3. Getting a free margarita.

8) My car tried to die on me. Starting with the A/C going out. On my way to Tucson. With 24 hours left in the drive. And two weeks left in my vacation.

9) Doctor Who came back and I was sad to not be excited.

10) I've spent a ridiculous amount of this summer lurking on Tumblr. Hence the new GIF addiction. 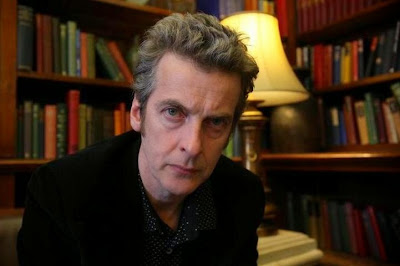 Shut Up. I'm Not Obsessed With David Tennant.

But, I am a bit of a obsessive about details. And I'm really thrown-off when a commercial featuring an actor with a very asymmetrical face has half the footage flipped to a mirror image. Because you can tell something is off but, even if you don't notice that his part flips from one side of his head to the other within the ad. Or even if you don't know that David Tennant arches his left eyebrow and not his right- you can tell something's off.

Anyway, they probably flipped the footage because they could only find cars that were built with the wheel on the left-side. Or it was shot while he was in Canada. Or both. Then again... it's all green screen. Why not just green screen a different car in? 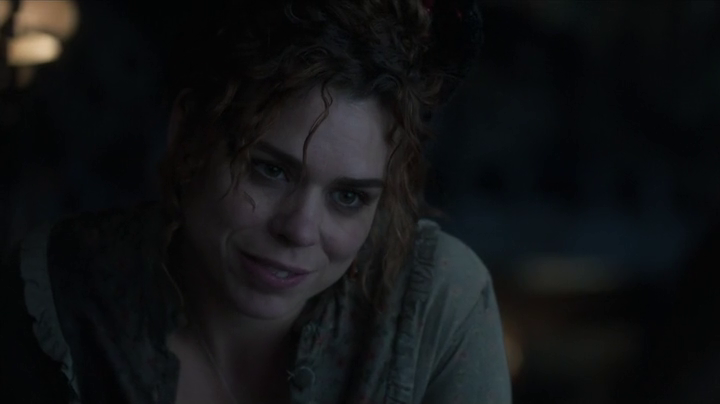 I should like the show. But I also didn't care for NBC's Dracula. Maybe I'm just done with Victorian horror. Sadness.
Posted by Lamb at 11:40 AM No comments: