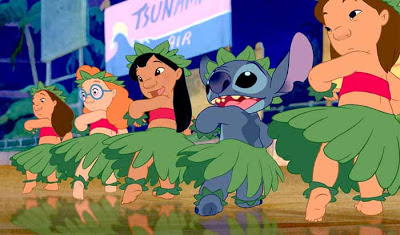 1) Disney Scene-It might be too easy of a game in our household.

2) Lilo & Stitch is becoming a lost Disney treasure. Considering the fact that Lilo has been my Facebook avatar for several months now, I'm distressed by this. Therefore, I'm watching the movie while typing this up.

3) Birdemic is still a fantastic movie to watch with others. As you can hold whole conversations while watching it and not miss much. And something hilarious will always happen between conversations. Also: the roommate is amazing as re-enacting the death of the guy in the cowboy hat.

4) Digital 8 tapes have screws tinier than those in eye glasses. How am I supposed to fix a broken old tape if I can't unscrew it's tiny screws?!

5) Most people find my cat fascinating. But only my friends and family feel the need to diagnose my cat with various special needs. I still don't know what this means about me, though.
Posted by Lamb at 10:00 AM No comments:

My favorite George R.R. Martin show is still the Ron Perlman Beauty & the Beast. Which was, to use an out-dated term, ridonkulous. But in the best/worst way (seriously, go watch the pilot! It is so bizarre-80s-romance-novel-come-to-life that you can't look away!). 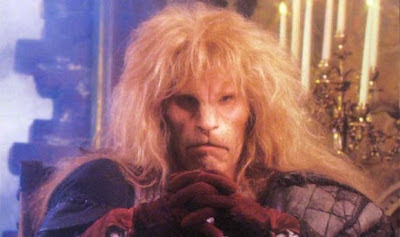 But I won't talk about that now. That's for a future conversation. 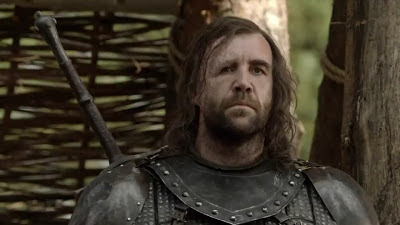 Possibly over a decade ago, my uncle gave me a copy of A Game of Thrones for Christmas. As most people know, the book hops from character to character for narrating each chapter. And I quickly disliked certain characters, so I started skipping their chapters.

By the time I got half way, I had gotten sick of all the in-world vocabulary and embraced my then-new policy on not finishing books I didn't like (I started the policy after being furious about sticking with Jane Eyre until the end. I hated Mr. Rochester and couldn't understand why practical and sensible Jane put up with him).

Then, many years later, I ignored my friends falling in love with the rest of George R.R. Martin's books. And then ignored everyone going gaga over the HBO series.

Eventually, I gave in and set aside one of the days where I was stuck in bed to watching the show. I watched the first two seasons and the third season had already started, so I watched it up until I caught up with the current run.

And, honestly? Okay, it's good, sure. I wouldn't have kept watching if it wasn't. But... I'm not even close to being obsessed. Just not my cup of tea. The show ends on sensationalist notes but I don't get as riled up by them as I should. Someone lost a limb and I didn't really care. Characters that had been on the show since the pilot died and I didn't care. Marriages happened and I just fucking didn't care.

I do like some of the characters, which is a big improvement over the books. I liked Arya all along, and she's perfect in the show. I wish she was the whole show most episodes. When I read the first book, I liked Jon Snow but now I can't really stand him and his sad emo face-ness and honor. I love how Sansa has grown and changed throughout the series. And, of course, Dinklage is The Man. I liked Danerys more in the beginning than I currently do, but just because she's a little too much of a Madonna figure now.

Or maybe I mean an Evita figure?

After that... man, the show can get boring. And I'd be interested to see official totals on how much screen time certain characters actually get over the length of the entire series and various seasons. I swear, Danerys had maybe half an hour of story this year.

But... seriously, this is what people are freaking out about constantly? It's like if Merlin and LOST had a baby. It's not THAT big of a deal!

Also? Not that big of a deal to get spoiled about episodes. I usually didn't get around to watching things until the Wednesday or Thursday after it aired and one of my supervisors at work often changed her gchat status to a reference to the most recent episode. She totally "spoiled" the ending of the second to last episode of the third season. Which was fine. Seriously.

Also? HBO needs to shorten its opening credits down. Both Game of Thrones and TrueBlood have opening credits that are way too fucking long. I like opening credit sequences and I love the animation in the GoT opening- but it goes on for, like, a whole verse of the song too long.
Posted by Lamb at 10:46 PM No comments:

I'm almost back! Things are finally calming down at work, so I can maybe come here and post for a moment. However, due to the new office lay-out, I don't feel comfortable writing parts of posts during my breaks anymore. So, all blogging will now be done from home. Considering how a good 70% of this blog is just drafts I never finished, I doubt what everyone else sees here will really change much, though.

However, remember when I wrote that entry raving about the natural vanilla perfume, Lavanilla? And then remember when I said I found out I can't have blueberries- among other things?

Both vanilla and almonds were included in that long list of stuff I can't have. So, now I've lost my lovely perfume.

Anyone have any suggestions for natural perfumes that aren't ridiculously priced and don't have vanilla, lemon, or almond in them?

And does anyone want an almost full roller ball bottle of vanilla forever oil? 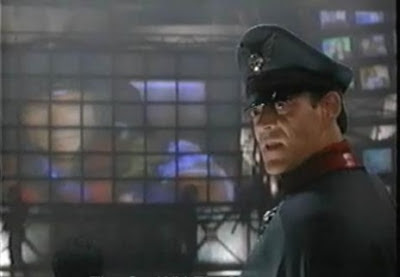