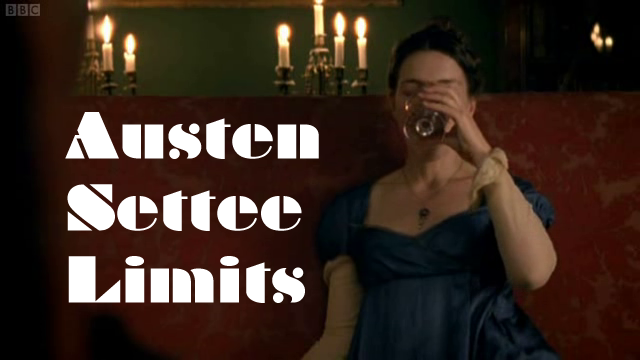 It is a truth universally acknowledged, that a single person in possession of a good obsession, must be in want of a life.
- An Invisible Robot Girl Misquoting A Lady

She started writing as a teenager. Her first known attempt to get published was just before she turned 22. The following year, she sold what would become Northanger Abbey to a local bookseller but it didn't get published. She continued to write.

Her first published book came out when she was 35.

By the time she turned 40, she had three popular novels published, a highly anticipated fourth novel on the way, and even the Prince Regent was a fan.

She didn't finish the sixth novel. She didn't live to see her 42nd birthday.

Around what would've been her 42nd birthday, six months after her death,  Persuasion and, finally, Northanger Abbey were published. It was then that her name was put on one of her books for the first time.

A tragically short life for a woman that we're still talking about 200 years later.

I've noticed that I've been a little... super fond, I guess, about some of my favorite Austen tv and film adaptations. And most nights when I'm trying to fall asleep, I do so while listening to an Austen audiobook. And have a few things to say about each and every one. So, I've decided  to make a regular feature on this blog be Austen Settee Limits. I'll write about the straight up adaptations, the modernized takes, the fanciful rewrites, and even some comic books and web series (you're watching the Lizzie Bennet Diaries on YouTube, right?).

Any suggestions on where I should start the discussion?
Posted by Lamb at 7:24 PM