The Lizzie Bennet Diaries ended yesterday. Just shy of a year after it premiered, the 100th episode was released today and was a sweet send off to a beautiful re-incarnation of Jane Austen's beloved Elizabeth Bennet and her friends and family. 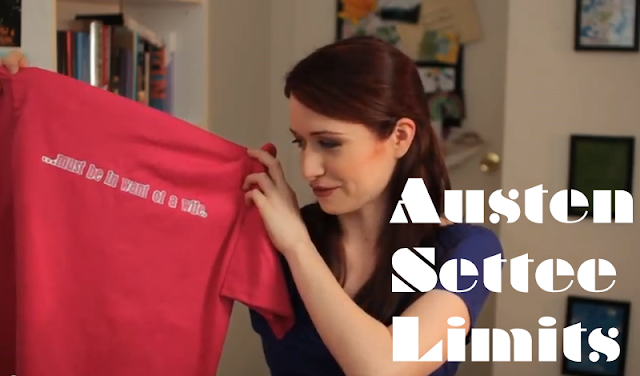 Now, it's one thing to just do a modernization of Pride & Prejudice- we've seen that. But The Lizzie Bennet Diaries was also an amazing display of telling a complex story in a minimal set-up. It was a professional production (most of the actors have popped up in commercials and episodic television) but kept expenses low and quality high. The episodes are all under ten minutes long, there's rarely more than three characters on screen in one episode, and the camera stays completely stationary. Editing was even kept to a minimum- ebbing away with each episode until there would only be a couple cuts in every installment. To promote the show and help grow a fanbase, twitter accounts were created for the characters and kept active to bridge the gaps between episodes each week. All 100 videos have hundreds of thousands of views within days of going up on YouTube. 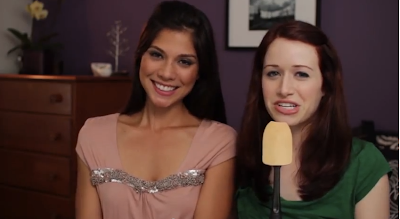 And, even more impressive, they stuck to the plan to end it. Over the past few years as I've watched more and more foreign shows, I've become a big fan of shows that know when to quit and are written with a set finale in mind. One of the perks of being based on a classic story.

But most impressive was how they kept it interesting while still sticking to the blueprint of the original story. I started watching the show about two weeks after it premiered and barely a week went by since then when I didn't watch at least one episode. They really put some time and focus into how the various plots of the original story needed to be tweaked and twisted to reveal motives and add layers to a well known story to keep the viewers invested.

My Favorite Things About The Lizzie Bennet Diaries: 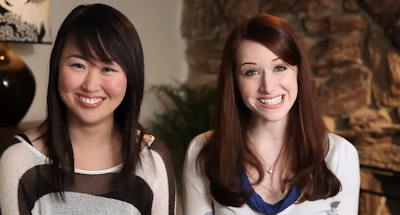 Charlotte. A character that often gets down-graded in adaptations to just "Elizabeth's not-pretty but practical friend that ends up married to Mr. Collins" and then, "plot device friend that Elizabeth stays with so that Darcy can confront her". In TLBD, Charlotte is finally given the treatment she deserves- remaining levelheaded but now she can reveal her sass and business savvy ways. No marriage necessary. No comments about her looks (considering how pretty Julia Cho is...). And plenty of on-camera compliments made towards her awesomeness. The friendship between Charlotte and Lizzie is the solid ground beneath the whole show and Charlotte is never gone for long, thankfully. 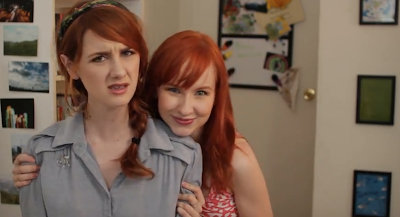 Lydia. The break-out star of the series was definitely Mary Kate Wiles's version of the indeed "energetic" Lydia Bennet.

But this is a Lydia that gets to also tell her side of the story for once. For better or worse. I had been waiting for ages to see what they would do to update Lydia's story and I was honestly taken by surprise at what direction it went in. They figured out a way to make the story fit with the limits of the series while also making it so they were able to show the emotional journey that Lydia ends up going on for the last half of the series. Lydia also had her own spin-off series to help set the scene for her eventual plotline, however there is a noticeable drop in the quality of writing compared to the main Lizzie story. 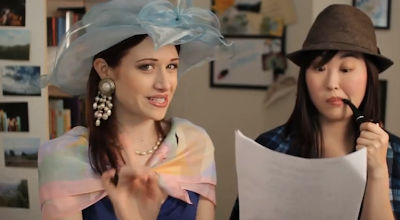 Costume Theater. Whenever Lizzie needed to discuss things that couldn't be shown somehow as a vlog or involved characters that weren't in on the project, Costume Theater was used to portray important off-camera events. Such a good little invention! Ashley Clements (Lizzie) and Julia Cho (Charlotte) get to play with being different characters and also show that they have a dynamic that life-long friends would have. It was a lot more effective than you would expect. Also, it's just silly fun. Apparently Mr. Bennet is one of the few people in the world that still smokes a pipe!

Additional Thoughts: I really loved watching the show and will be watching new shows from the same production team in the future. However, I had a lot of trouble watching the last handful of episodes- especially with Darcy in them. After 90+ episodes, they were finally starting to feel... voyeuristic. I don't deal well with romance. I'm sure for other people that all that stuff was awesome. Just not for me. 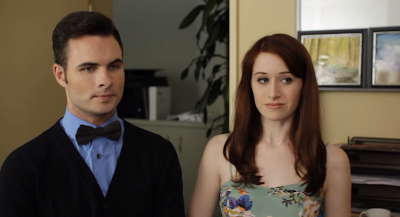 Speaking of Darcy: between this show and a lot of listening to the audiobook of P&P, I've started to suspect that Darcy is on the autism spectrum.

He has trouble with empathy, difficulty starting conversations and with general social cues, doesn't understand or give out body language, and a habit of narrowing in on certain interests one at a time. I'll be talking about this a few more times as I go over more versions of the story but... yeah. I really think that might've been his problem all along and it wasn't until seeing this Darcy (who is called Darcy throughout the whole story, despite how everyone else, other than Fitz, goes by their first name) that it dawned on me.

Anyway, if you haven't already watched the show, give it a try or hop over to the Kickstarter campaign for the dvd collection.
Posted by Lamb at 1:55 AM