From 2006 through 2011, I was obsessive about Doctor Who. I have a TARDIS minifridge. I have the minifigures. I taught myself how to torrent files so that I could watch it the day that episodes aired in the UK. I even was saving up to by a Slingbox and pay a friend in England for their TV license for better access to episodes. Obsessed. I brought my laptop with me to my family's Christmas Day party so that I could torrent the Christmas Specials safely to watch when everyone else got boring. I forced the show onto dozens of friends until they loved it. 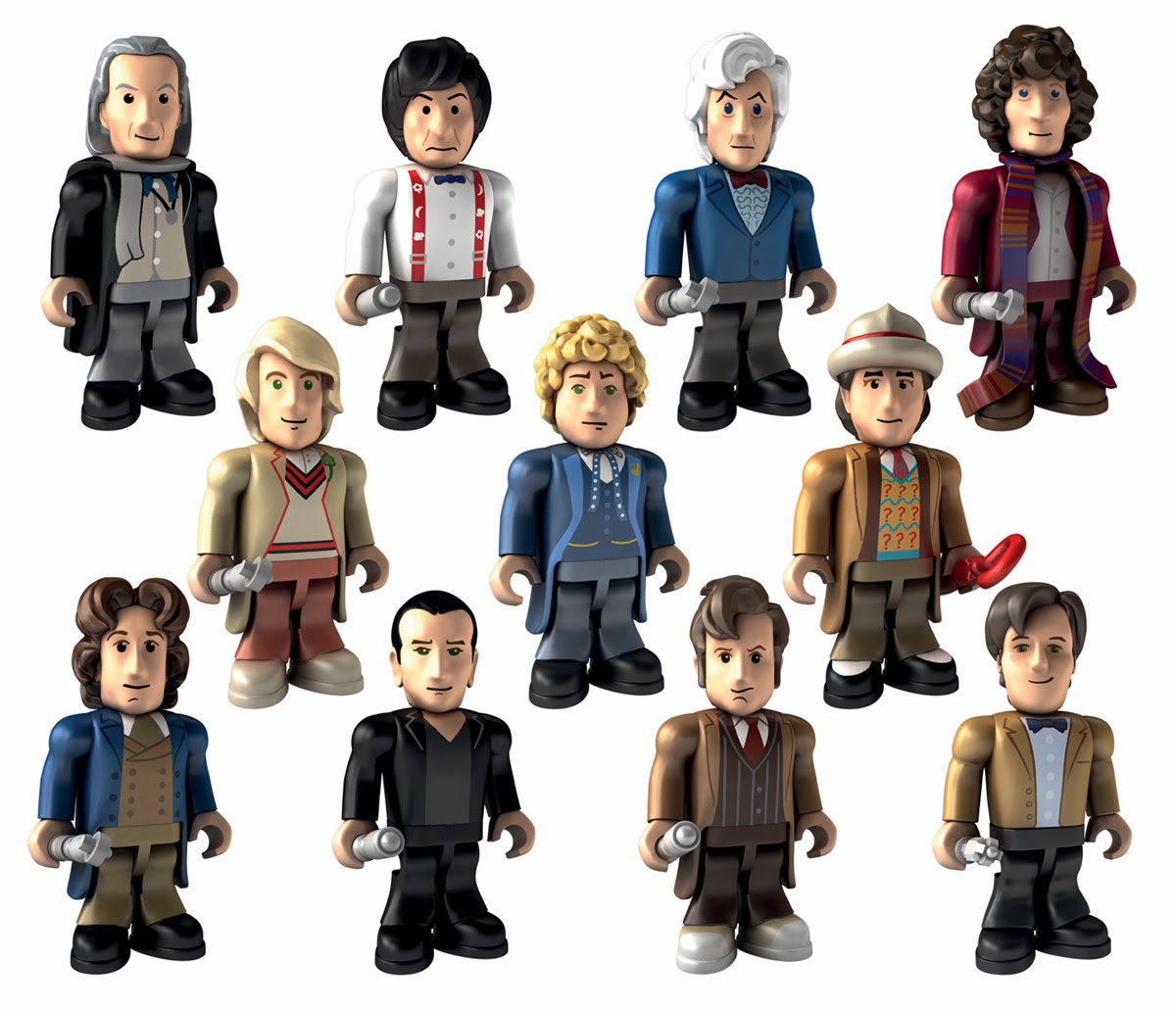 Then... I fell out of love. The writing when Steven Moffat first took over just didn't do it for me and I was having trouble with how unlikeable the character of Amy Pond was becoming in the fifth series. I was getting bitter.

I also was finally full-time employed in 2011, which took up a lot of my time that had previously been devoted to thinking obsessively about Doctor Who.

In 2012, I sporadically caught up with series 6, but was still having issues with the writing.

And, up until last week, I had not seen the most recent 15 episodes.

I only watched them because my nostalgic brain wanted to at least attempt to enjoy the 50th Anniversary. I want to see Ten and Rose, okay? I also am intrigued to see Peter Capaldi's take on the character (and it's a bit of a trip to realize that Capaldi is the same age as William Hartnell was when the show started), as I'm thrilled that we're returning to having a more mature actor as the character and it allows for characters to react to him in a different way from the previous two Doctors. While I do think that Matt Smith is a good actor and definitely has improved over the years, Capaldi just has an amazing weight to his acting at times. If you've only see him in The Thick of It or Fires of Pompeii, you need to see his performance in Torchwood: Children of Earth. You need to drop everything and go watch it now. He completely steals the show and tops himself with each installment.

It turns out that series 7 was actually much more my speed. More plots that were along the lines of what I considered a "classic" Doctor Who episode type. The Eleventh Doctor was finally very Doctor-y. And Clara wasn't too much of a focus-stealer, while still being an interesting character and a character I could adore (and covet the wardrobe of, yowza).

So, now I have just over a week to sit on my hands about the 50th Anniversary. And the excitement is building. I've already watched the mini episode below and was thrilled with the content of it (despite the slight brain-breaking logic being implied).


I'm really having to suppress my anticipation, though. I'm just going to be disappointed if I let it continue to build. But I think I might do a few Who-related posts in the next week, just to get some thoughts out about the episodes I caught up on.
Posted by Lamb at 11:06 AM