When You Take A Third Job... 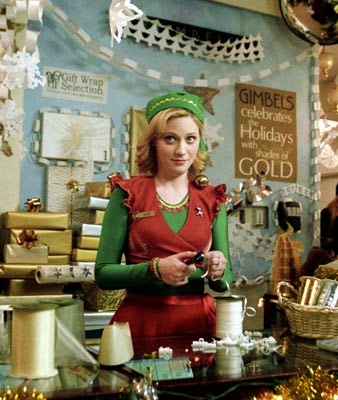 You think, "Hey, at least it'll be a quick way to catch up on finances."

You give your availability as being 7 days a week, just working around the hours of all your other jobs. You're available 7 days a week. Five days, you give a 6 hour window but during the evening only. One day with all-day availability. And one day where you can work as early as possible but have to leave by 3 for your set shift at another job.

Just fifteen to twenty hours a week for a few weeks. You're relatively young. And it's early enough in the fall that the weather won't make things worse.

And when you get the job and they tell you that your position will be for up to 30 hours a week, you think things are going almost to plan.

But then, the job starts. First, you'll accidentally be scheduled for time frames where you clearly stated when hired that you would not be available.

Then, there just won't be any shifts.

You realize that they essentially hired for seasonal staffing in September and that there's a lot of staff and very few hours for most. But... it'll be okay, right? Eventually, there will be hours, right?

I mean, there are enough hours that you won't have a day off for three months and you have 12+ hour work days followed by days where you need to make-up extra time at your full-time job because you needed to leave immediately at the end of the work day one night and it put you behind schedule on a project. But you're not getting that extra 15-20 hours a week you wanted. You're barely getting 20 extra hours a month.

At least you're sort of saving on gas, though, right? Two nights a week, you're not driving home in rush hour traffic- the gas should be lasting a little longer, right? It would be, if it wasn't for how you have to schedule all your medical appointments for either the beginning of the day or the middle of the day, as this new job only does the scheduling a week in advance and makes doing end-of-day appointments near impossible. So when you have a mid-day appointment, you're driving 30 miles away from the office and then 30 miles back, to go back to work. No gas saved.

But, if I hang on through the holidays, it'll eventually pick-up, right? And even though, with 2-3 shifts a week at this job, you often feel like crying as the prospect of having to go to it after a rough day at another job, you convince yourself that if it does pick up to that beautiful 15-20 range, you'll stick with it. It'll be worth it. You won't destroy yourself at that point.

Even when the weather turns cold and your left foot becomes convinced that it's broken. Even when everyone at your full-time job starts telling you that you look worn-out, because you've been working your ass-off for that job at the same time.

And all your favorite co-workers at this third job start leaving, not having the patience to hang-on for the holiday season. So, you hope there's at least a silver lining of more shifts coming.

But, even when the Thanksgiving-week schedule comes out, things don't seem to have picked up. And you've hung on to this job that's not helping when you might as well have looked for one that would give you that sweet 20 extra hours a week for a few weeks.

Maybe it's time to look into becoming a Christmas Elf.
Posted by Lamb at 10:06 AM